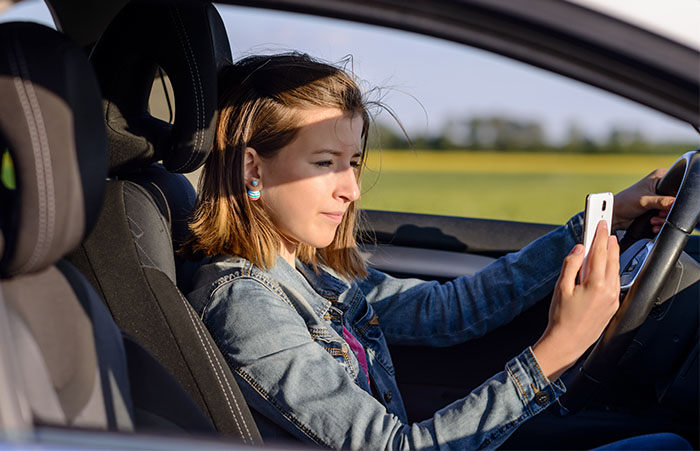 Driving distracted : Survey finds more smartphone use behind the wheel

A new story shows… drivers nationwide are increasingly distracted by their smart phones, and that news alarms a local official and emergency Workers.

The survey released Tuesday, is part of AT&Ts “It Can Wait” campaign against distracted driving. It found that not only are drivers admitting to texting while driving, but the use of Facebook, Snapchat and other social media apps behind the wheel has increased across the country.

Of the more than 2,000 drivers surveyed, nearly four in ten use social media while driving and one in 10 admit to video chatting when they are behind the wheel.

“It’s a free-for-all out there,” he said. “They’re texting, GPSing, they’re lnstagraming and on Facebook.”

The only ways he believes distracted driving can be curtailed is for car manufacturers to put devices in vehicles that would disable phones while on the road or a change in the law.

“It’s not getting any better.” he said. “We need tougher laws.”

In Florida, it is illegal to text while driving. But it is a secondary violation, which means drivers can only be cited if they are stopped for another offense, like speeding.

While texting and driving remains the biggest distraction with 59 percent of people surveyed reading texts and 43 percent admitting they’ve sent text messages, 17 percent admitted to taking a selfie while driving, according to the survey. Of social media applications, Facebook rules with 26 percent of participants looking at their profiles. Twitter and lnstagram are neck and neck with 14 percent and 13 percent of drivers glancing at their phones to check for updates.

Driving, as defined by the survey, includes being stopped in traffic, at a stoplight or in motion. The drivers surveyed reported that they own a smart phone and drive at least once a day.

·we’re seeing an increase in the (trauma accident) numbers directly related to distractions while driving,” he said Tuesday.

West estimates a quarter of all traumatic car accidents are related to using a cellphone while driving.

West said teenagers are now more likely to be killed in an accident caused by distracted driving than from drunk driving, which he finds “very surprising.·

He said the only way they’ll be able to change that is through education. “Many people underestimated how big of a problem this would be,” he said.
More than 17 percent of survey respondents said they glanced or posted to social media because of an “addiction” while 38 percent said they looked at emails and texts for fear of missing something important.

“Unfortunately,it’s what’s happening he said “But we hope we can change (that.)”