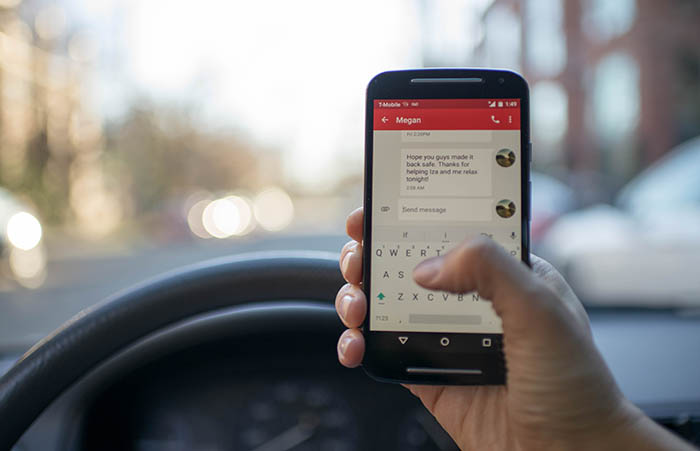 Amid a historic spike in U.S. traffic fatalities, federal data on the danger of distracted driving are getting worse.

Jennifer Smith doesn’t like the term “accident.” It implies too much chance and too little culpability.

A “crash” killed her mother in 2008, she insists, when her car was broadsided by another vehicle while on her way to pick up cat food. The other driver, a 20-year-old college student, ran a red light while talking on his mobile phone, a distraction that he immediately admitted and cited as the catalyst of the fatal event.

Yet in federal records, the death isn’t attributed to distraction or mobile-phone use. It’s just another line item on the grim annual toll taken by the National Highway Transportation Safety Administration [NHTSA]—one of 37,262 that year. Three months later, Smith quit her job as a realtor and formed Stopdistractions.org, a nonprofit lobbying and support group. Her intent was to make the tragic loss of her mother an anomaly.

To that end, she has been wildly unsuccessful. Nine years later, the problem of death-by-distraction has gotten much worse.

Over the past two years, after decades of declining deaths on the road, U.S. traffic fatalities surged by 14.4 percent. In 2016 alone, more than 100 people died every day in or near vehicles in America, the first time the country has passed that grim toll in a decade. Regulators, meanwhile, still have no good idea why crash-related deaths are spiking: People are driving longer distances but not tremendously so; total miles were up just 2.2 percent last year. Collectively, we seemed to be speeding and drinking a little more, but not much more than usual. Together, experts say these upticks don’t explain the surge in road deaths.

There are however three big clues, and they don’t rest along the highway. One, as you may have guessed, is the substantial increase in smartphone use by U.S. drivers as they drive. From 2014 to 2016, the share of Americans who owned an iPhone, Android phone, or something comparable rose from 75 percent to 81 percent.

Read the entire article at Bloomberg

If you have been injured or in an accident due to another persons negligence, please contact the Law Office of Keller, Keller & Caracuzzo for a free consultation.