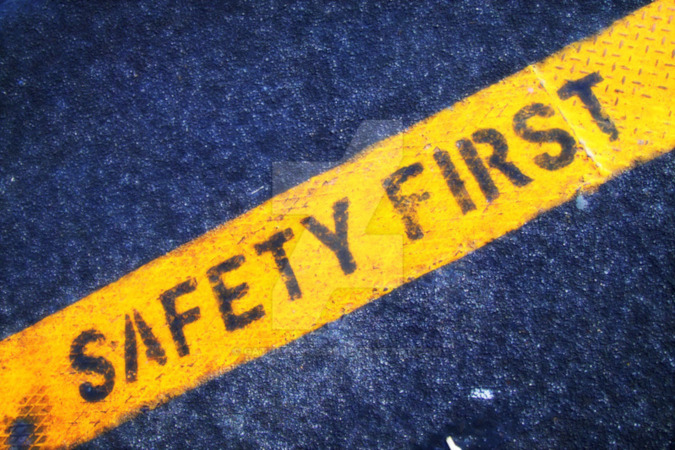 Leading Cause of Death in the United States

Americans are afraid of a lot of things: public speaking, heights, snakes, clowns and flying, just to name a few. Only some of these things can kill you, and none of them are likely to.

When it comes to flying, you’ve probably heard this before: You’re more likely to die from a lightning strike than in a plane crash. It’s true. You’re also more likely to die from being attacked by a dog, stung by a bee or choking on your food.
But chances are you haven’t thought too much about the leading cause of death for people in the United States ages 1 to 44: unintentional injury. In 2016 (the latest year for which data is available), 61,749 people in that age group died as a result of an unintentional injury, nearly twice as many as from cancer and heart disease combined. According to the US Centers for Disease Control and Prevention, these deaths were predominantly a result of motor vehicle accidents and unintentional poisonings.
The good news is that there are some simple things you can do to avoid becoming an unintentional injury statistic, and they start right in your own home.
You should test all of the smoke alarms in your house once a month, and if they have removable batteries (usually 9V), you should replace them once a year. If your smoke detectors have built-in, long-lasting lithium-ion batteries, they should be good for at least 10 years. But no matter which type you have, a loud chirping sound means you should replace a dying battery as soon as possible, before you forget to do it.
Carbon monoxide detectors are another priceless piece of safety equipment to install in your home, either in addition to, or in combination with, your smoke alarms. Carbon monoxide is a colorless, odorless gas that can be dangerous — even fatal — in an enclosed space, such as your house.
Carbon monoxide “is found in fumes produced any time you burn fuel in cars or trucks, small engines, stoves, lanterns, grills, fireplaces, gas ranges, or furnaces,” according to the CDC.
It’s important to make sure all of your indoor appliances are functioning properly — notably, that they are not leaking — and that outdoor appliances are only used outdoors. Experts especially implore homeowners to not use generators indoors when their power goes out. Never use a gas stove or oven to heat your home. And always ensure your chimneys are clear.
Symptoms of carbon monoxide poisoning, according to the CDC, are often described as “flu-like” and can include headache, dizziness, weakness, upset stomach and vomiting.
Lastly, it’s a good idea to keep at least one fire extinguisher in your house, ideally in the kitchen, because that is where most home fires ignite. Check your fire extinguisher regularly to make sure it’s “charged” properly. That means the little needle on the gauge should be in the green.

Basic safety on the road

Every year, more than 32,000 people are killed and 2 million more are injured in motor vehicle accidents on US roadways, according to the CDC. In addition to never driving drunk or exceeding the posted speed limit, seat belts also play a major role in saving lives every day.
The CDC urges drivers and passengers to “use a seat belt in every seat, on every trip, no matter how short.” It also stresses the importance of choosing the appropriate type of car seat for children, based on their age, height and weight.
The CDC recommends children sit in the back seat, in a rear facing car seat, until about age 2. Then, they can sit in the back seat, in a forward-facing car seat, until “at least” age 5.
“Once children outgrow their forward-facing seat, they should be buckled in a booster seat until seat belts fit properly,” the CDC says. “Proper seat belt fit usually occurs when children are 4 feet 9 inches tall and age 9-12.”
No child should sit in the front seat of car or truck until they turn 13.
“One of the biggest problems for this generation is texting and driving,” says CNN Chief Medical Correspondent Dr. Sanjay Gupta. “There’s been plenty of evidence to show how much you can divert your attention just by looking at your phone for a split second, and how long you can actually travel during that time.”
According to the National Highway Traffic Safety Administration (NHTSA), “Sending or receiving a text takes your eyes off the road for 5 seconds. At 55 mph, that’s like driving the length of an entire football field with your eyes closed.”
The agency says 3,450 people died as a result of distracted driving, which includes texting and driving, in 2016.
Laws regarding using a cell phone while driving vary from state to state, but anything that takes your attention off the road is always dangerous, even if it is not illegal.
“Your best bet is to do something I’ve started doing myself, which is to just put the phone out of reach, in the glove compartment or even in the trunk,” says Gupta. “Those calls, texts and emails can all wait until you get where you’re going.”

Basic safety on your bike

Biking can be excellent exercise, whether you do it inside or out. If you do choose to bike outdoors, you need to know the rules of the road in order to stay safe.
According to the NHTSA, 840 bicyclists were killed in motor vehicle crashes in 2016. The highest fatality rate was documented in Florida, with 6.7 deaths per 1 million people that year.
Before you hop on your bike, make sure it’s in good working condition; that the seat and handlebars are tightened, the tires are properly inflated, and the brakes are functioning as they should. At a bare minimum, you should have a white reflector on the front of your bike and a red reflector on the back. If you ever ride at night, consider adding lights to your bike, in both the front and the back, to increase visibility.
You should always wear clothing that makes you stand out, especially when riding after dark. Bright colors — even reflective gear — could mean the difference between a driver seeing you, or not. Cyclists also suggest tucking your right pant leg into your sock and your shoelaces into your shoe, so they don’t get caught in your bike chain.
Without question, the most important piece of safety equipment when you ride is a helmet. The NHTSA stresses the importance of a proper fit, and refers consumers to the Bicycle Helmet Safety Institute for in-depth guidance. (This website is frequently updated, despite a retro look that harkens back to the early days of the internet.)
Always ride on the same side of the road and in the same direction as traffic. Obey all of the same signs, signals as road markings as you would if you were driving. Keep your eyes on the road and watch out for obstacles that might cause you to skid, swerve or fall.
While you probably heard most of this advice from your parents growing up, it does bear repeating, because they were right — at least when it comes to basic safety.
CNN Article
[/et_pb_text][/et_pb_column][/et_pb_row][et_pb_row][et_pb_column type=”4_4″][/et_pb_column][/et_pb_row][/et_pb_section]