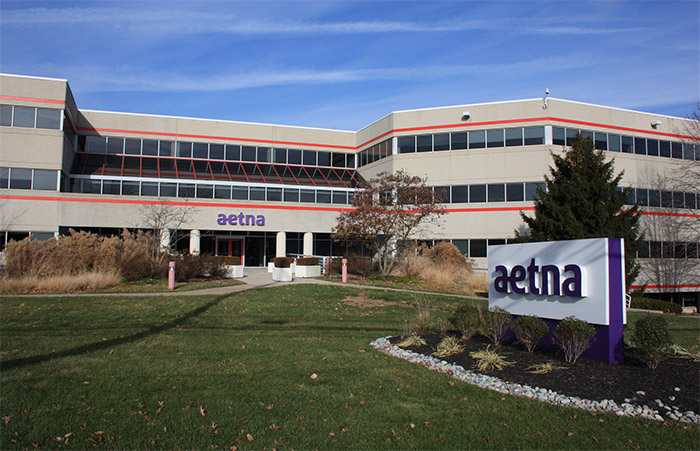 An Oklahoma jury has awarded $25.5 million to the family of a cancer patient denied coverage by Aetna, with jurors saying that the insurer acted “recklessly” and that the verdict was meant as a message for Aetna to change its ways.

The award is believed to be the largest verdict in an individual “bad faith” insurance case in Oklahoma history, one court observer said, and could have major ramifications across the country for a form of cancer treatment called proton beam therapy.
The case revolved around the 2014 denial of coverage for Orrana Cunningham, who had stage 4 nasopharyngeal cancer near her brain stem. Her doctors wanted her to receive proton beam therapy, a targeted form of radiation that could pinpoint her tumor without the potential for blindness or other side effects of standard radiation.
Aetna denied her coverage, calling the therapy investigational and experimental.
Orrana and her husband, Ron Cunningham, a retired Oklahoma City firefighter, had been together since 1987. He was determined to do whatever it took to get the love of his life the treatment she needed. The couple mortgaged their dream home and set up a GoFundMe page to help pay the $92,082.19 to get the therapy her doctors had prescribed at the MD Anderson Cancer Center in Texas.
However, Orrana died May 30, 2015, at the age of 54, in part from a viral infection that reached her brain.
Ron Cunningham said this week’s verdict was vindication for the suffering his wife went through. She had filed the initial paperwork to sue Aetna, saying that if her case helped save the life of one person, it would be worth it.
“My wife started the case, and I’m just finishing the fight,” he said. “We did her proud. My wife wanted to make sure that it got out. Her comment was ‘if we could just save one person.’
“As far as the money, I’d give it all back to spend just one more day with her.”
Aetna attorney John Shely said in closing arguments that the insurance giant was proud of the three medical directors who denied coverage, even turning to thank them as they sat in the front row of the courtroom, according to jurors and other witnesses in court.
It was a message that didn’t sit well with the 12 jurors,who found that Aetna “recklessly disregarded its duty to deal fairly and act in good faith with the Cunninghams.”
“I just felt like Orrana Cunningham was failed at every turn,” forewoman Ann Schlotthauer said.
She said the verdict “was definitely a message to Aetna. We discussed that in jury deliberations — that we wanted to make a statement. We wanted to make a point and get their attention.”
You can read the full article HERE.
[/et_pb_text][/et_pb_column][/et_pb_row][et_pb_row][et_pb_column type=”4_4″][/et_pb_column][/et_pb_row][/et_pb_section]