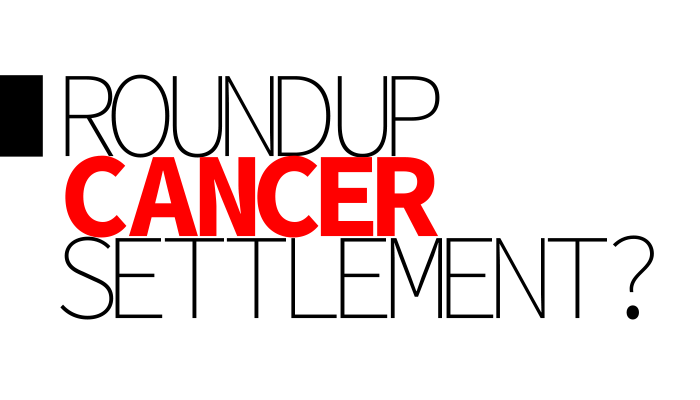 Roundup Cancer Case May be Reaching a Settlement.

A Roundup cancer trial in St. Louis, Missouri, will not open on Wednesday as expected, a court spokesman said Monday, fueling fresh speculation that a global settlement of tens of thousands of lawsuits brought by cancer victims against the former Monsanto Co. may be near.

St. Louis City Circuit Court Judge Elizabeth Hogan issued the notification Monday afternoon, reversing guidance provided to jurors and media last week that they should plan for opening statements in the case to begin Wednesday.  Broadcasters waiting to air the proceedings of the highly anticipated trial were told to pack up their equipment.

The St. Louis case, titled Wade v. Monsanto, involves four plaintiffs, including one woman whose husband died of non-Hodgkin lymphoma. Opening statements were initially expected Jan. 24, but were postponed  to allow for lawyers for Monsanto’s German owner Bayer AG and lawyers for the plaintiffs to discuss settlement terms.  The court then said the trial would open on Feb. 5.  Now, it is off indefinitely.

The plaintiffs in the Wade case allege that they or their loved ones developed non-Hodgkin lymphoma because of exposure to Monsanto’s glyphosate-based herbicides, including the popular Roundup brand. More than 50,000 people are making similar allegations against the company, and are additionally claiming that Monsanto knew about the risks but failed to warn its customers.

Several trials have been pulled off the docket over the last several weeks as Bayer, which bought Monsanto in 2018, has drawn closer to a global settlement of the litigation. Bayer is looking to pay out roughly $10 billion in total to settle most, if not all, of the claims, according to sources close to the negotiations.