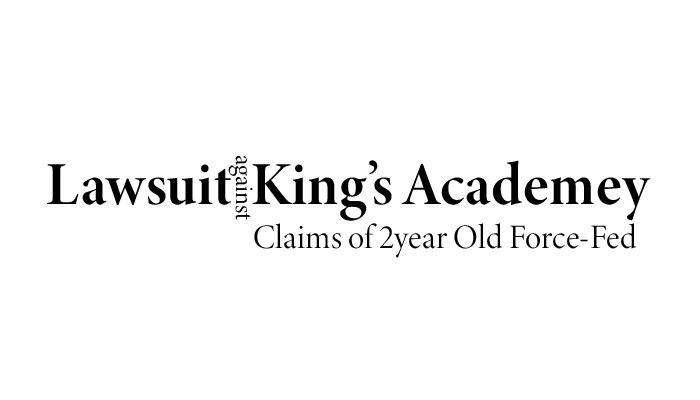 The little girl came home from school with bruising on both sides of her face which led to a
criminal investigation of her teacher, who was later charged with Child Abuse and prosecuted.
Both the teacher and the classroom assistant involved in the incident were terminated. Jamie
Cleary is now suing The King’s Academy for negligent care and supervision of her child as well
as for the intentional assault/battery committed upon the child by The King’s Academy’s
employee.

Jamie Cleary, the girl’s mother, says her daughter came home from school on July 27, 2017,
with bruises on her cheeks. The King’s Academy claimed the bruises were the result of a
teacher trying to take food out of the girl’s mouth as she choked. The school maintains its
position even though the surveillance video tells a different story.

The video, which was only recently made public, shows the teacher pushing the child’s head
back several times while forcing food into her mouth. Kings Academy lied to Jamie Cleary and
attempted to cover up the incident. In fact, the school’s director publicly claimed the teacher
was only trying to help the little girl. After Jamie Cleary saw the video for herself, it was
abundantly clear that the teacher was force-feeding their daughter which caused her bruising
and trauma and the school was trying to cover it up. A link to the video is provided below.
“Now that the video is public, everyone will know the truth about the incident,” said Jonathan
Cox. “The fact that the leadership at The King’s Academy – a Christian based school- would go
to such lengths to cover up this incident by lying about what actually happened to their little girl
is simply unacceptable. Thankfully, there was a video! Even after seeing the video, Kings
would still have us believe that this teacher acted heroically, rather than accept any
responsibility. It begs the questions of how many other potential incidents have been covered
up.”