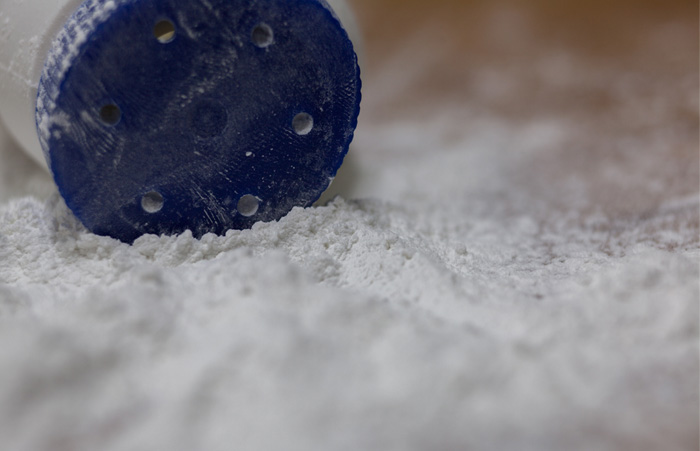 In the first verdict out of more than one thousand lawsuits alleging a link between Johnson & Johnson’s talc-based powders and an increased risk of ovarian cancer, a St. Louis jury has awarded the family of Jacqueline Fox $72 million, including $62 million in punitive damages.

In the first verdict out of more than one thousand lawsuits alleging a link between Johnson & Johnson’s (J&J) talc-based powders and an increased risk of ovarian cancer, a St. Louis jury has awarded the family of Jacqueline Fox $72 million, including $62 million in punitive damages. (Hogans v. Johnson & Johnson, No. 1422-CC09012 (Mo. Cir. Ct. June 23, 2014).)

Fox, who lived in Birmingham, Ala., used J&J products containing talcum powder daily for feminine hygiene-including the company’s trademark baby powder and its Shower to Shower body powder-for nearly four decades. After being diagnosed with ovarian cancer in March 2013, she died before her case came to trial in October 2015. She was one of 60 women who sued J&J in Missouri state court, and her case is one of about 1,200 currently pending nationwide.

The lawsuits allege that J&J-despite decades of knowledge-failed to warn consumers that its talc-based products could increase the risk of ovarian cancer. Talcum powder contains talc, a naturally occurring mineral that absorbs moisture and reduces friction. It is a crucial component of J&J’s trademark baby powder, which the company has long marketed as a symbol of freshness and cleanliness, telling consumers that it absorbs excess moisture, keeps skin dry and comfortable, masks odors, and is clinically proven to be gentle and mild. Similarly, the company markets its “Shower to Shower” powder as safe and effective, encouraging not only daily use-one of its tag lines is “a sprinkle a day helps keeps odor away”-but specifically encouraging women to use it on their genitals with advertisements such as, “Your body perspires in more places than just under your arms.”

However, for decades the company was aware of studies that showed women who used the product as advertised-on their genitals, underwear, or sanitary napkins-were at an increased risk of ovarian cancer. Since 1971, more than 20 studies have shown a link between perineal talc powder use and ovarian cancer. A 1982 study, for example, concluded that women who reported genital talc use had a 92 percent increased risk of ovarian cancer, leading the doctor who conducted the study to advise J&J to place a warning on its talc powder products. In 1993, the United States National Toxicology Program found talc to be a carcinogen. After further evidence of talc’s dangers continued to mount over the next decade, the World Health Organization classified talc-based body powder as a “Group 2B human carcinogen,” the condom industry ceased the practice of dusting condoms with talc, and the Canadian government classified talc in the same category as asbestos.