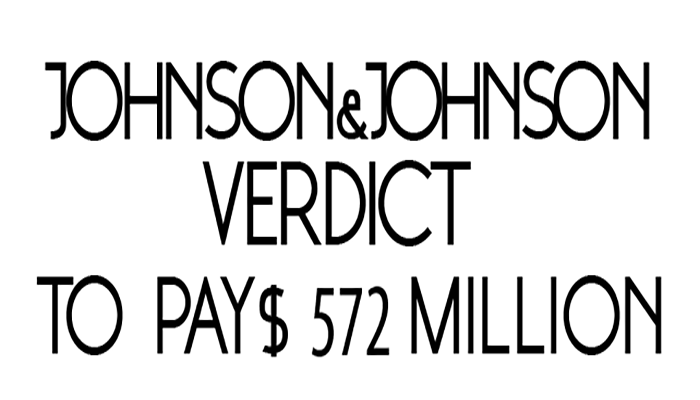 Johnson and Johnson To Pay Millions In Verdict.

An Oklahoma judge ordered Johnson & Johnson to pay $572 million for contributing to the state’s opioid-addiction crisis, a verdict that could signal further findings of liability for drug companies as similar cases wind through courts across the country.
More than 2,000 cases brought by state and local municipalities seek to hold drugmakers, retail pharmacy chains and distributors accountable for widespread opioid abuse that began gaining public attention in the early 2000s. That flood of litigation coincides with intensifying efforts by the Justice Department to use data to investigate over-prescription of opioids by doctors.
Oklahoma’s case was the first to go to trial and became focused solely on Johnson & Johnson after two other drugmakers settled their claims.
In a widely anticipated ruling Monday, Oklahoma state court judge Thad Balkman said the state proved Johnson & Johnson launched a misleading marketing campaign to convince the public that opioids posed little addiction risk and were appropriate to treat a range of chronic pain.
“The increase in opioid addiction and overdose deaths following the parallel increase in opioid sales in Oklahoma was not a coincidence,” the judge wrote. From 1994 to 2006, prescription opioid sales increased fourfold, the judge said in the ruling. In 2015, more than 326 million opioid pills were dispensed in the state, enough for every adult Oklahoman to have 110 pills.